Ultimate Spin is my first podcast effort and perhaps the world’s only Spider-Man fan show that’s not about Peter Parker. Instead, my UK-based co-hosts and I discuss two alternate takes on the wall-crawling hero: Miles Morales and Spider-Gwen. Sure, it’s a niche show with a niche audience, but it’s a fun and ongoing learning process (in terms of developing my on-air style and production approach). 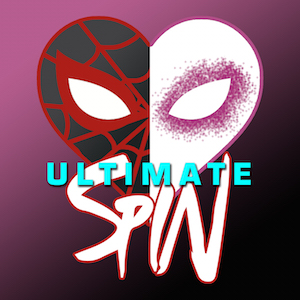 The show grew out of the reviews that I’d been writing for the characters at Superior Spider-Talk. I’ve even made a few appearances on the site’s main podcast, Amazing Spider-Talk. Here’s one:

The Songs That Saved Our Life is an interview show that explores the story of who we were at age 15 through the music that got us through our awkward years. I talked with host Stephanie Stone-Robb about navigating identity back then with a little help from Tom Petty, Rush, and Peter Gabriel.

Sounds Like An Earful is a cool storytelling/music podcast from Canada. I participated as one of the guest hosts for a season that featured a group of strangers opening up to each other via a series of letters. It was an unusual way to get to know people – we wrote some pretty personal things then had a stranger read our words back to us, all set to an original ambient soundtrack. Great headphone listening – check out Season 5: “No Return Address”:

Rush is one of my all-time favorite bands. I was invited as a guest to the Rushcast to nerd out about their album Power Windows and seeing their final tour: